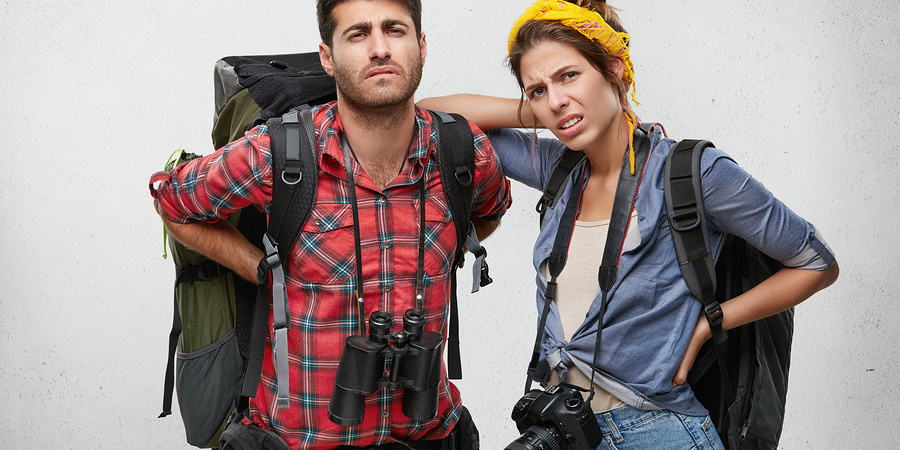 Avoid The Holiday From Hell

Going on holiday at home costs less than going abroad, and the UK is full of beautiful destinations. Last year a massive 66% of Brits enjoyed a staycation. However, as with any holiday, there’s a risk of it turning from a dream getaway into a nightmare. Here are 5 ways to avoid the pitfalls…

Read the Reviews
Most of us have been on a holiday where we’ve ended up in a hotel next to a building site. Or been itching for weeks after staying at a campsite plagued with midges. These days, sites like Tripadvisor have taken a lot of the risk out of booking a hotel, B&B or campsite. Rankings are ordered by customer reviews and bookings can be made directly through the site. You can see pictures taken by customers, too, giving a much more rounded overall idea of what to expect. Forums like ukcampsite.co.uk also give a great insight into where to stay and where to avoid.

2. Get Insured
Many don’t think twice about travel insurance when jetting off abroad, but what about when staying in the UK? Health costs are covered by the NHS of course, but what if we have to cancel our plans at short notice? Or lose our luggage on a train or coach journey? The average Brit takes £700 of valuables away with them on holiday. If we’re not insured, we lose out. With the cost of UK travel insurance usually very low, it makes sense to get insured. Comparison sites such as Compare the Market or Money Supermarket have the best deals. For general advice on using comparison sites, check out our page here.

3. Escape the Crowds
The UK has its fair share of beautiful scenery. Set over almost 95,000 square miles which include over 7,000 miles of coastline, there’s a lot to see on these islands. For some reason, though, a massive chunk of ‘staycationers’ choose to go to Whitby, which has been the most popular destination for 4 out of the last 5 years. Obviously, Whitby has its charms but if you’re looking to get off the beaten track (and get cheaper deals), think outside the box. With 69 cities, 46 areas of natural beauty and 15 National parks in the UK, surely there’s more to staycations than Whitby.

4. Book Ahead
There’s nothing worse than going to book a holiday and finding all the decent accommodation is fully booked. The most popular date for booking a staycation is January 10th. This is when the majority of Brits go online to plan and book their summer UK break. It shows how far ahead we need to think to get the best deals. There are last minute deals to be found, too, but booking well in advance is usually the best bet. The same goes for transport, with train, coach and airfares usually much cheaper a few months in advance.

5. Plan for all Weathers
The weather in the UK is famously, err, changeable. It doesn’t matter if your staycation is booked for mid-August, it will probably rain at some point. Likewise, if you decide to go for a winter staycation, there might well be an unseasonal heatwave. The best idea is to cover all bases and get ahead of the wonderful British weather. Take sun cream to Scarborough in September, and a woolly sweater to Devon in July.