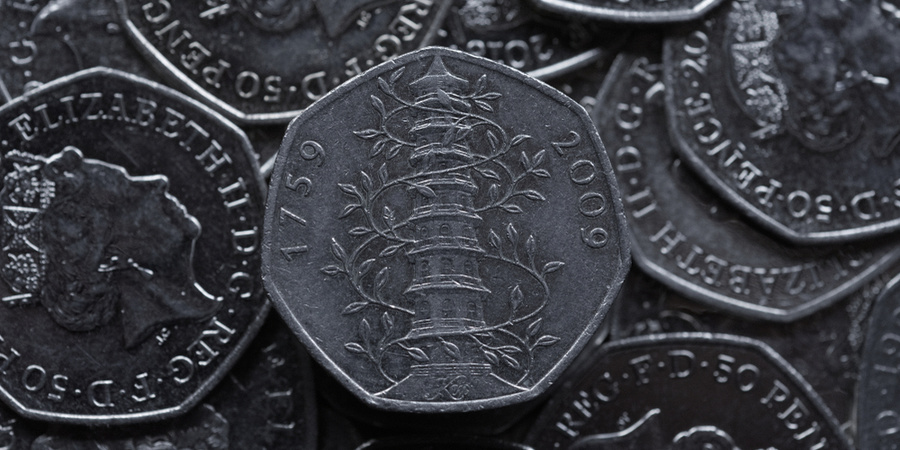 Check your change – rare coins are worth a pretty penny

A sought-after 50p piece recently fetched more than £230 online – but how can you tell if you have treasure in your wallet?

It could be worth keeping a closer eye on the change in our pockets just in case we have a tiny treasure hiding there.

A rare 50p coin recently sold on eBay for £234 – more than 450 times its face value. The coin, which shows the Chinese Pagoda at Kew Gardens, is so rare that it created a buzz among coin collectors online.

Sixteen bidders slogged it out in the auction, which kicked off with a bid of just £1.

If we see a coin among our coppers that looks unusual, there are websites where we can check if it’s worth any more than its face value.

The Royal Mint site gives details on how many units of each type of coin were released.

And Coinhunter and Change Checker have information on rare and collectible coins.

It’s not only coins with rare designs that get the pound signs flashing, those that were released by mistake can also be worth a pretty penny.

A silver 2p or a £2 coin that’s entirely yellow, without the silver centre, are among the things we should look out for in our loose change.

There are 29 billion coins in use in the UK at the moment, so the chances of finding a rare one are slim. But it can’t hurt to be on the lookout – if we find something special there’s a good chance someone will want to pay us a lot of money for it!

Record players are very much back in fashion, so any old vinyl we have gathering dust in a cupboard might be just the thing a collector wants to get their hands on.

A good condition copy of Older by George Michael could be worth a whopping £900, while Spice World by the Spice Girls could net us £200, and The Joshua Tree by U2 could fetch £80.

A Nintendo Game Boy from the 1990s could be worth £50 and so could a more recent Super Soaker water pistol – if it’s one of the rarer models.

And far from being obsolete, an ancient iPod could be worth hundreds as they’re now seen as ‘iconic’ by fans of Apple products.

Don’t forget there are also plenty of other ideas for boosting our income on the Quids in! website.