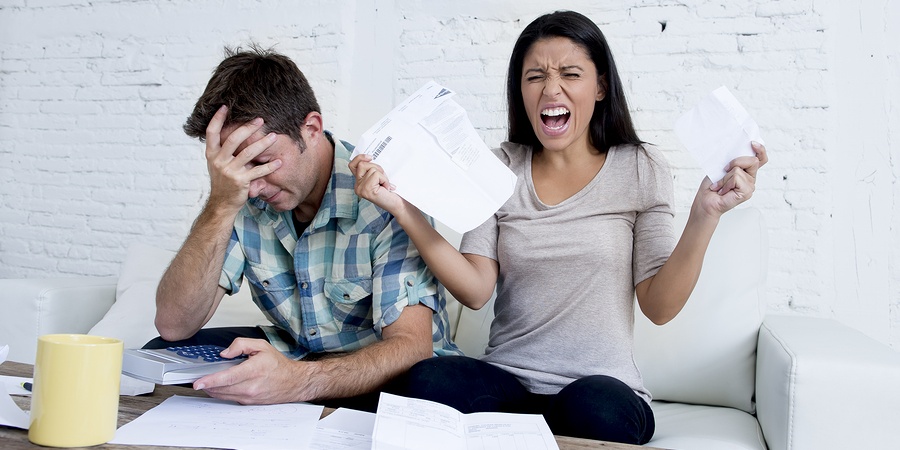 Debt and the Damage Done

On a trip to Yorkshire Quids in! Editor Jeff Mitchell heard the stories of some people who are turning a corner…

Most of us remain very tight lipped about our finances. We rarely know if someone’s in trouble, yet there is very little that is more devastating than debt. Donna and Ed’s story is unfortunately pretty typical:

“I had lost a few jobs through being ill and – because I was temping – I wasn’t getting sick pay. But we had people at the door demanding money off us because we’d had to borrow from doorstep lenders,” explains Donna

“People were turning up because we weren’t paying bills. Letters were coming through the door all the time. It was a case of ‘Do we eat or do we pay the rent?’ The rent got sidetracked. We intended to make the money up but we never had the money to do it. We were fighting…”

“All the time,” adds Ed. “Neither of us had any answers. We rely on each other as couples do, but there were no answers.”

Almost one in four people in debt find their relationships break down. One in three say they have thought about committing suicide. To some degree, depression and stress affect almost everyone in serious debt.

One in nine households is experiencing debt and the average owed is just below £13,000. Shockingly a quarter of debtors owe more than 20 times their net monthly income. Debt is more normal than we think, and it can happen to any of us.

“My partner had a secret life behind my back. He had a drug habit and got me into £25,000 of debt” reveals Shelley. “I felt my life was over because I couldn’t look after my children, wondering where the next penny, the next meal was coming from. Creditors were going to come and take my car and goods out of my house. I was in a very dark place.”

Debt is dragging millions of people down. It is feeding crime and extortion, whether through theft and burglary or in the form of loan sharks and high interest lenders. We don’t learn about debt at school, and the dream of ‘buy now, pay letter’ lifestyle is often more like a nightmare people can’t wake up from.

When I visited Christians Against Poverty (CAP) I’d only been there five minutes when someone started honking on a harmonica prompting a thunderous hammering of desks by everyone in the open plan office space.

“That,” I was told “is one of our clients getting debt free.”

CAP help people in debt crisis re-organise their finances, negotiate repayments to creditors and essentially offer support to people who might be on the brink. Their support is organised through local churches – over 200 provide support and 1,000 run courses – and unlike most debt advice it can be offered in the safe surroundings of home. While there is a Christian element, CAP will work with people of any faith or background, the key thing for them is to combat debt.

LIGHT AT THE END OF THE TUNNEL

While looking around, I met Richard.  He is on the team whose only job is to work through clients’ debts with creditors, like banks, storecards or weekly payment stores. They handle £72 million of debt at one time. CAP take the heat off clients by taking over all contact with the creditors. Clients forward their bills and pass on CAP’s number when another threatening call comes in. Richard speaks the creditors’ language and knows that it’s in their interests to strike a deal. All clients have to do is stick to their agreed budget and avoid more debt.

There is help for people in debt but we all have to be more conscious consumers. There isn’t enough debt advice to go around so we have to help ourselves – and people we know. It’s never too late or too early to get help once debt gets too much. It just needs facing up to.

“We got in touch with CAP and someone came to see us in a couple of days” says Donna. Ed adds: “It was great to meet people who did things that change people’s lives. Now we don’t argue any more”

StepChange has a good website that offers Debt Remedy advice by asking a few questions about users’ money worries. You don’t have to speak to anyone and you don’t have to give your name. The website automatically provides relevant advice and takes about 20 minutes.

We have advice and tips on shifting debt online here.

Councils and housing associations offer help knowing that it’s in their interests to support residents through difficult times.

Avoid using private companies promising to sort out your debt. They might not get you the best deal and could cost you more money and stress. Always use a not-for-profit agency.