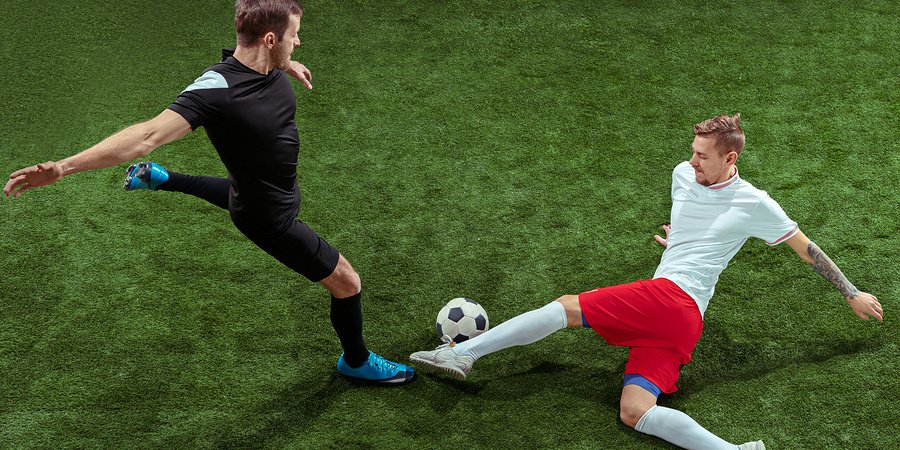 For years, football fans and the clubs themselves have been pitching in to help tackle hunger. As coronavirus puts more pressure on us to put food on the table, clubs and fans have stepped up their efforts

The football season is just one of the casualties of the coronavirus outbreak. All professional football in the UK is currently suspended until 30th April. Some are now expecting the season to be called off completely.

When the game gets underway again, whether that’s in May or September, one thing is sure: fans will be out collecting donations for nearby foodbanks. Fans Supporting Foodbanks began in 2015 as a small collaboration between fans of local Merseyside rivals Everton and Liverpool. The idea has now spread all over the country.

Newcastle, West Ham, Burnley and Manchester City are just some of the Premier League clubs whose supporters have begun collecting for food banks outside the club’s stadiums. But there are also supporters of many clubs outside the top division who have also begun to collect. Because of the sheer size of the crowds (Anfield, Liverpool’s ground, holds just over 54,000 supporters) the number of donations raised can be huge.

As Dave Kelly, from Fans Supporting Foodbanks told Football 365: ‘At Goodison and Anfield we collect around a tonne of food per game, and have won many awards along the way…Unfortunately, we have a humanitarian crisis in every town and city in the UK. I would love to never stand outside a stadium collecting food ever again, but until things change we will continue doing so…’

Football clubs have other schemes to tackle hunger. Many run Holiday Hunger projects, helping make sure kids get fed in the school holidays. West Ham have been running a Holiday Hunger project for a few years. As Ross Williams, Senior Football Development officer at West Ham United Foundation previously told Quids in!: ‘Three million children are at risk of holiday hunger and many are in deprived areas of East London, Tower Hamlets and Newham. People in need are referred to our Holiday Hunger scheme and they take part in sport, eat well and access health workshops.’

So the work of football clubs in tackling hunger goes on even when the season has ended. In fact, since the suspension of the league, Liverpool FC have stepped in to donate £40,000 to Fans Supporting Foodbanks. The money has been raised through donations from Liverpool players and the LFC Foundation. Liverpool have also committed to donate all excess food at Anfield and their training facility Melrose to the North Liverpool Foodbank. A couple of weeks later, Manchester United and Manchester City also donated £100,000 to foodbanks in and around Manchester.

Another example of clubs stepping in to fill a whole in donations caused by coronavirus is at Newcastle United. The NUFC Foodbank has been running since 2017, and like Fans Supporting Foodbanks, they collect food at home games. The donated food is then passed to the Newcastle West End Foodbank, the largest food bank in Newcastle. When the postponement of matches was announced, Newcastle United donated all food bought in for hospitality and fans to the foodbank directly.

Carole Rowlands, from Newcastle West End Foodbank told the NUFC website: “We normally have a terrific response when collecting food and cash donations before every home game and we simply could not continue to fight food poverty without the amazing generosity of Newcastle United and its fans. Naturally, along with thousands of fans, we were bitterly disappointed to learn of the postponement of matches, although we fully appreciate the reasons why. We would like to say a huge thanks to Newcastle United’s catering team, who have so generously offered unused food from the (postponed) match.’