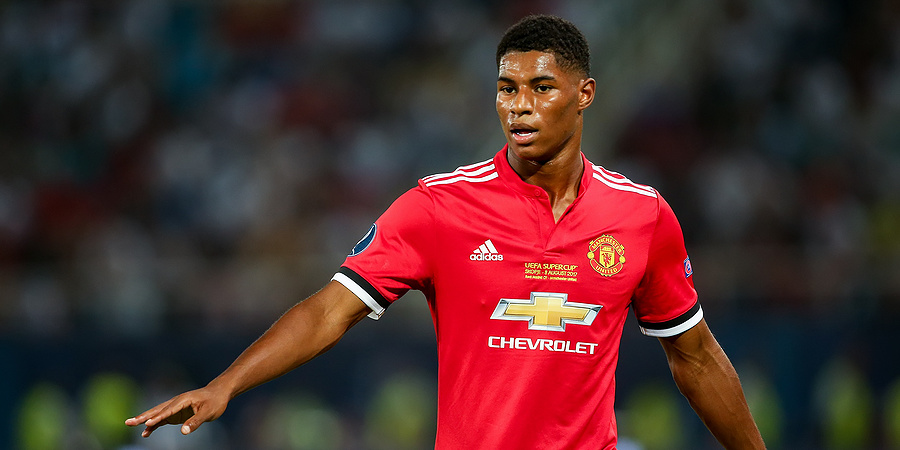 It’s rare we see a celebrity fighting to give people like us a voice. So when footballer Marcus Rashford called out the government over its neglect of hungry school children, it was a big moment

It seems everybody wants a piece of footballer Marcus Rashford right now. The Manchester United and England player hit the headlines in June when he forced the government to provide free school meals over the summer.

Since then, Marcus has received a lifetime achievement award and featured on the front cover of Vogue magazine as a leading activist of our time. But, growing up, his story is not so different to many of ours.

Born in Wythenshawe, Manchester, to a single parent family, Marcus and his siblings relied on breakfast clubs and free school meals to get by. “My mum worked full-time, earning the minimum wage, to make sure we always had a good evening meal on the table, but it was not enough,” said Marcus in his letter to MPs.

“The system was not built for families like mine to succeed, regardless of how hard my mum worked.”

Marcus teamed up with the food charity FareShare UK and raised around £20 million. This was enough to supply three million meals a week to the most vulnerable families. Marcus’s campaign to end child hunger united the country. It gave hope to thousands of us who struggle to feed our kids.

Soon it was clear to Marcus this wasn’t enough. Around 1.3 million children in England are registered for free school meals. When the schools shut, one quarter of these children would receive no support.

In his emotional letter, Marcus called on the government to reverse its decision not to provide free school meals during lockdown: “This is not about politics; this is about humanity. Can we not all agree that no child should be going to bed hungry?”

Celebrities, members of the public and political figures all got behind Marcus’s appeal. Could he force the the prime minister to change his mind?

It didn’t take long. Boris Johnson made a U-turn and announced a £120 million ‘Summer Covid Food Fund’ for school children in England. Families that qualified received £15 a week per child in food vouchers. Parents around the country breathed a huge sigh of relief.

It’s a good start but more work needs to be done if we want to stop food poverty for good. Speaking to the BBC, Marcus said: “I don’t want this to be the end of it. People are struggling all year round. There’s more steps that need to be taken beyond this campaign.”

Since the launch of his campaign, Marcus, 22, has become the youngest person to receive an honorary doctorate from the University of Manchester. He is also on the front cover of September 2020’s Vogue magazine, highlighting black people’s achievements forcing change.

Marcus is proof that there are people out there fighting our corner and using their influence for good. We’re looking forward to seeing what’s next for this rising star.

Quids in! says: Could your kids qualify for free school meals? They save the average family £370 per year. In England, each child on free school meals means an extra £1,000 or more for the school too. Support for schools in Scotland and Wales works a little differently but is also based on the number of people needing help with meals.