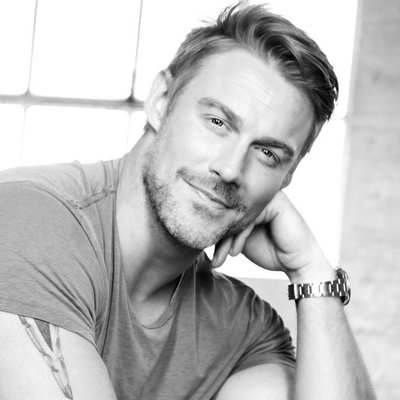 Get Motivated for Change

Whatever the reason, sometimes we just need to make some changes. That might include pinning down our money, getting online or finding work. But why is it so hard? And why do some succeed while others stay stuck in a rut?

“At the end of the day it’s a choice and it’s up to you to make the choice that’s going to serve you best”* Jessie Pavelka is a familiar face to many Good Morning Britain viewers, motivating the nation to cut out sugar and get fit. He’s a Texan hottie with a disarming charm and a mission to give people the means to shed the pounds. He’s found quite a following in the UK and although his arena is health and fitness, his outlook applies to many of life’s challenges where it can just seem too hard to make the changes.

Quids in! research has found there are six bad habits that hold many of us back.
We need to turn these on their head and make them work for us. But as Jessie says, we have to be determined: “It’s pretty easy to make the wrong choices, to make the right choices you have to wake up and commit. You have to wake up and be excited, excited about the struggle, excited about the things that are going to be put in front of you and appreciate the hard times.”

1. SHUT OUT THE NOISE AND KEEP THINGS SIMPLE
When thinking about money, it’s easy to be overwhelmed. Break things down into small steps. If it’s all too much, get some advice.

2. IMAGINE LIFE DIFFERENT
Picturing how bad things will get if nothing changes can be a driver. So can seeing ourselves once we have moved on.

3. IT MAY NOT ALL COME OUT IN THE WASH
There’s a reason to change and hoping for the best won’t do. They say one definition of madness is doing the same thing time and again and expecting the outcome to be different.

4. BUY NOW, BUT WHAT IF YOU CAN’T PAY LATER?
It’s one thing to give in to temptation when trying to lose weight, but if it’s the rent money that’s gone and the budget won’t stretch, things can go wrong.

5. ME AND MY VICES
Spot, and try to break, bad habits that work against our long-term goals. It could be sleeping in or bad time-keeping among jobseekers or takeaways and non-essential clothes for people struggling to pay bills.

6 EVERYONE ELSE IS DOING IT SO WHY CAN’T WE?
If we feel we have to keep up with the Joneses, we’d better make sure they’re in the same boat or have the same goals as we do.
*pavelka.co.uk