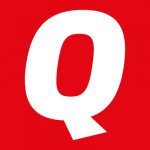 A loan shark from Bournville who operated an illegal money lending business among the Congolese and Angolan community, was sentenced at Birmingham Crown Court on 22 December 2017.

ean-Roger Mambonzo, 57, of Overbury Road in Bournville, received a 10-month suspended prison sentence and was ordered to undertake 240 hours unpaid work after pleading guilty to two offences of illegal money lending at an earlier hearing (9 November 2017).

The defendant was investigated by the Illegal Money Lending Team (IMLT) who work in partnership with Birmingham City Council Trading Standards and West Midlands Police.

During a search of the defendant’s home on 3 May 2017, IMLT officers seized bank receipts, electronic devices and over £13,000 in cash from a wardrobe.

On behalf of the prosecution, Simon Mortimer told the court how the defendant had been operating an illegal money lending business across the country since 30 April 2012. During this period, Mambonzo had provided over 500 personal loans to 186 borrowers from the Congolese and Angolan community.

Mr Mortimer said the defendant had received over £195,000 in loan repayments and was charging borrowers 30% interest per month on personal loans.

Financial investigations conducted by the IMLT demonstrated that on some months, customers were only able to pay the interest amount, meaning their capital loan balance was never reduced.

Tony Quigley, Head of the Illegal Money Lending Team, said: “This result sends a clear message that loan sharks who are caught operating an illegal money lending business will be pursued and prosecuted by the IMLT.

“Loan sharking will not be tolerated in Birmingham and we will continue to work with local Trading Standards and the Police to combat this under-reported crime.

“If you have been the victim of a loan shark, please call us on our 24 hour hotline 0300 555 2222. We will take information anonymously or in confidence. Alternatively, you can use our website to report a loan shark www.stoploansharks.uk.”

A loan shark is someone who lends money without the correct authorisation from the Financial Conduct Authority (FCA). Residents are urged never to use loan sharks who may refuse to tell the borrower how much they owe, how long they will be repaying for or the interest rate they will be charged. Often loan sharks do not give paperwork and loans will just keep growing even if the borrower is making regular payments. These criminals may appear friendly at first, but can resort to violence, threats and intimidation if payments are not met.

Nationally, Illegal Money Lending Teams have secured more than 380 prosecutions for illegal money lending and related activity, leading to nearly 328 years’ worth of custodial sentences. They have written off £72.5 million worth of illegal debt and helped over 27,500 people.