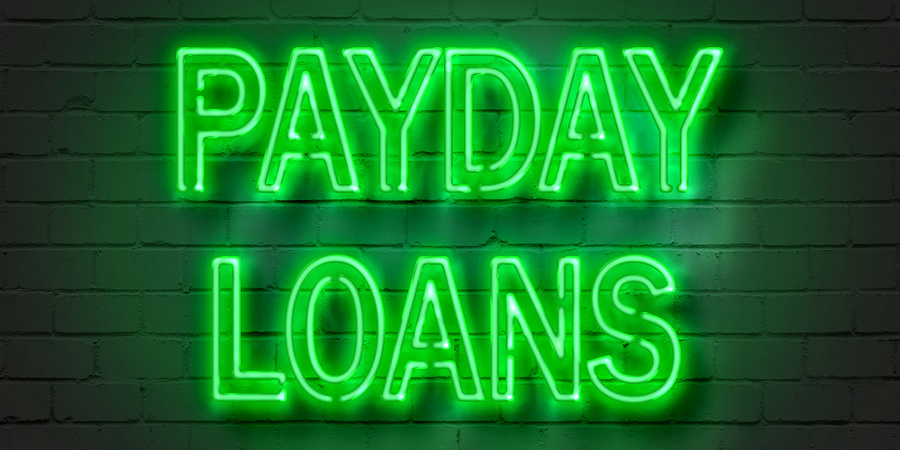 We can all be tempted. The adverts are everywhere and it’s so quick and easy to get a payday loan, right? True enough but the result can be a disaster…

Payday loans were once the fastest growing form of borrowing for the 3.5 million people in the UK struggling to make ends meet between pay packets. Until the government stepped in, that is. And when their charges were capped, Wonga and some of the others came crashing down.

Other companies offering short term loans are still lurking around. They promise ready cash and a way of keeping things ticking over, even for people with poor credit ratings. But unless you’re really good with money, payday loans can lead to spiralling debt.

“I took out a payday loan because I was a bit short. It was nearly the end of the month. I had heard about payday loans on the TV so I took out one for £50 and paid it back quite quickly” says one borrower, Ashley (not her real name) who turned to Christians Against Poverty a national charity helping people in crisis.

“A few months down the line when I was in  a similar situation, I took a bigger loan for £250 from the same company. Each month they would send an email saying ‘either pay £87.50 to defer your loan, or pay the full amount back.’ I just paid the interest.

“When I tried to pay the full amount back, I took out another loan with another company to cover bills but their interest was even worse. They would text ‘Need more money? Text ‘OK’ to this number and get £100 in your bank account instantly’. In the current climate that’s very appealing.

“The second company started taking the interest straight from my bank – nearly £3,000 a month. They said it was in the small print of the agreement. I think I still owe around £2,000”.

Wonga used to use harmless looking puppets that appeared as trustworthy as your grandparents. Although they’ve been forceably retired, others companies still advertise, distracting us from huge interest rates, even when advertised in big bold numbers. QuickQuid, which has ads on TV, lists costs of 1,300.5% APR on its website, (average charges compared to the amount borrowed if borrowed for a year, as at 29th May 2019).

They say it’s easy to take out a loan. And it is. Getting into debt is always easy. Because they are short term, payday loans can seem very attractive. For people who struggle to get by, the loans can be a trap because they need to be repaid while still living on that same limited budget.

And worse, payday loans can often have hidden charges. There may be a charge to get the money the same day, and there will definitely be penalties for non repayment, sometimes a whacking £150 for being just 10 days late.

So when we’re a bit short, it’s always worth trying to find an alternative to payday loans. Can we make do without? Or, in a crisis, is there a close friend or family member for example who can help and won’t charge us? (Avoid friends of friends as they might be a loan shark and that’s a whole other miserable story.)

Would you credit it?

Trustworthy lenders will help us work a budget you can stick to, so we know we can afford it. If we have a poor credit history and we really need to borrow, credit unions may be able to help but they are still careful about lending.

“We’d like to offer short term loans to people needing help to tide them over until pay day. But we’d need to know that people can get ahead again by next pay day,” James Berry, head honcho at the Bristol Credit Union, told Quids in!. “Assisting people with budgeting and debt advice is important too.”

Walthamstow MP Stella Creasy was one of the loudest voices calling on the government to tackle payday loans companies who she describes as ‘legal loan sharks’.

She told Quids in!: “High cost lending is causing misery for thousands. Many British households are struggling to make ends meet. This is being exploited by these legal loan sharks to push families further into debt.”

There is now light at the end of the tunnel for Ashley, at least. “CAP took away the pressure, especially from all the phone calls. Without CAP I wouldn’t even have been able to pay off the interest. Now the money I pay comes off the actual loan. I feel relieved, peaceful and a lot less stressed”.

If we’re tempted to take out a payday loan, it’s best to think about why we need one. If it’s for bills or everyday items because we can’t stretch our income, it’s time to find longer term help and maybe some advice on budgeting. Contact a support charity like Citizens Advice.

If it’s for a one off emergency but we cannot meet the repayments, the cost of that loan will only increase over time and push us further into debt.

If at all possible, it’s far better to put a little aside for extras that will come up. They always arise when we’re not expecting them, so savings provide peace of mind. Even coins in a jar can soften the blow.