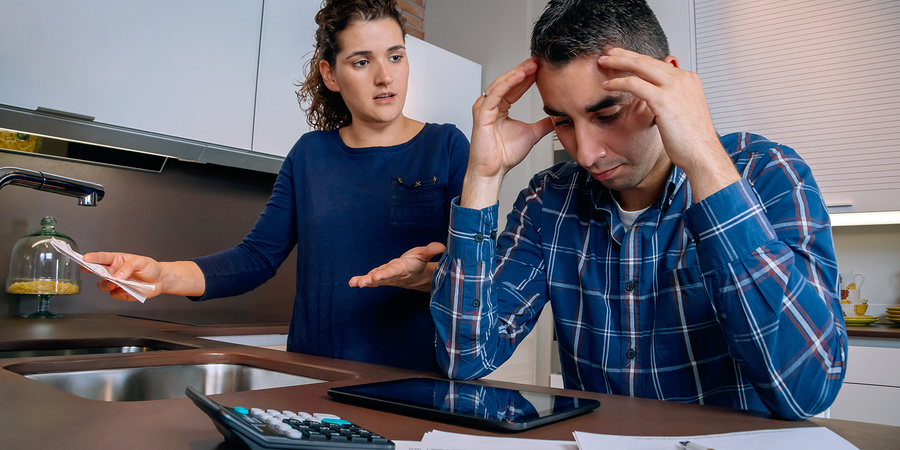 Being broke can leave people desperate and depressed, and can drive some into the arms of money-grabbing debt advice companies. Quids in! reveals how getting the right advice can take the pain out of dealing with debt…

We’ve all seen adverts on TV from companies who promise to sort your debt out for you. If you owe money and are panicking it can be so tempting to simply give them a ring and
do whatever they say. Don’t. One lady who fell into the trap of turning to the first company who offered her help was Linda. “I got screwed,” she said. “I grabbed the first hand that offered to help before I realised what I was grabbing.”

Linda tried to sort out her debt herself. Her bank wasn’t interested and basically told her to go away. She went online and came across a website that looked like it was run by the Government. “Even though the website said it was free, they wanted £500 up front to ‘set things up’ and charged me 20% interest. But they said my debts would be clear in eight years.”

To make things worse, Linda was soon getting phone calls saying the company weren’t making her repayments. “People need to be so careful – if only I’d not panicked and taken an extra day to look for help, I may not have got into this situation. I just wanted to pay off my debts but I ended up owing more than I did before I went to them.”

Phillip also got bad advice. After his ex-partner ran up £2,000 debt on a property in his name, he got slapped with the bill. “It was really stressing me out because no- one was interested in helping me. I talked to my housing association support worker about it and she just told me I had to pay it. It was only by chance that I was talking to Citizens Advice about something else. They saw the letter and asked if I wanted help with the debt and they sorted out a Debt Relief Order. I’d tell anyone in debt to go to their Citizens Advice centre. Don’t ignore debt because it won’t go away.”

One woman who got good advice was Janice. Janice was made redundant, and was struggling to pay her bills. “I got into a very difficult position. I was getting court letters over unpaid fuel bills and was threatened with disconnection. My rent was in arrears and I didn’t know what to do.

“If you’ve got kids and they need money for day trips and socks and shoes it all adds up. My mum died suddenly too so I also had that debt to pay.”

Thankfully Janice talked to her local Citizens Advice office, and they put her in touch with the National Debtline. “I had to fill out a form which told them who I owed money to, and I got a letter back that said they were able to help me. They also gave me advice so that I wouldn’t get myself back in the same position.”

National Debtline helped set up a monthly repayment scheme that Janice could afford so she could clear her debt. “They were helpful and not judgemental. Now my debts are cleared and I’m sticking to the repayments. The hardest part was coming to terms with the fact I was in an extreme situation, but you mustn’t ignore the bills and let them pile up. Make sure you speak to someone, and try to work the situation out and it will take away the stress.”

Speak to an expert or not-for-profit charity and ask them for advice. They can speak to the bank or people you owe money to and help you sort out a repayment scheme you can afford. Be aware that these organisations are very busy so it may take time for them to see you, but keep trying.

Ignore your debt. Don’t agree anything with a private company who will charge you a lot to clear your debts, and don’t sign up to a random website as Linda did.