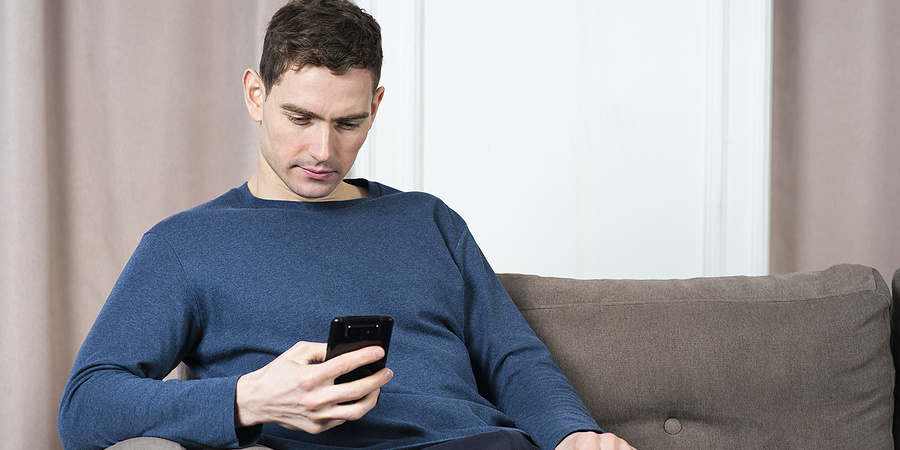 The fraudulent texts are on the increase – but what do the scammers want and how do we keep ourselves safe?

Many of us have been receiving more deliveries as online shopping surged over the pandemic.

So we’ve become used to the texts confirming our delivery slot or telling us that our parcel is on its way. But this change in behaviour has opened up opportunities for scammers who want to con us out of cash.

The chances are we’ve already had one of these text scams – three in five people in Britain got one over the past year, according to consumer group Which?.

The texts often tell us there’s a fee to pay, for example to make up for underpaid postage, and contain a link to a scam website. Then, without realising we’re being conned, we give them our bank details. It really is that easy.

I think I’ve received a scam text – what do I do?

The most important thing is not to click on the link – even if it looks like we’re being promised something nice like arranging a time for a bunch of flowers to be delivered.

We shouldn’t reply to the text either, as calling will show the scammer that our number is being used and we may end up with even more messages.

Next, we should look carefully at the link included in the text. For example, we’d expect that a text from Hermes would have the word ‘Hermes’ in the link somewhere. If it doesn’t, it’s a good indication someone’s trying to con us (although some scammers are smarter than others and may send links that look genuine).

Then, we should report it and hopefully help to protect others. We need to forward the text to 7726, the network operator, which will then know the number is being used for scams

What if I’ve already clicked the link?

We should try not to worry. We can tell our bank and there’s a good chance we’ll get back any money lost.

There are a few ways of recovering the cash, says Which? The main thing is to get in touch with our bank as soon as we realise what’s happened.

How can I avoid scam texts?

Unfortunately, there’s no way of stopping them. It’s up to us to spot them and not allow the scammers to access our information.

We need to get into the mindset of treating all texts from numbers we don’t know as suspicious – and we need to remember that legitimate businesses won’t text to ask for our personal or bank details.

We can contact the company it’s claiming to be from – their details will be online and if we’ve contacted them we know we’re on to the right people. If it’s our bank, the phone number is often on our bank card.

The scammers send out texts to as many numbers as possible, so even brand new phone numbers that haven’t been used much receive them.

So even if, as Which? found, only three per cent of scam messages end up with money getting into the hands of the crooks, it’s worth their while. So it’s on us to stop them in their tracks.