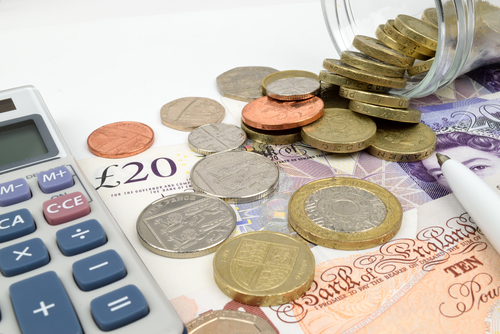 Universal Credit uplift due to end

The £20 Universal Credit uplift is due to finish at the end of September, cutting the incomes of 6.2 million of us across the country.

The extra cash, which was introduced at the start of the pandemic, has been a lifeline to many of us and we’ll be left £1,040 a year worse off after it’s removed.

There has been a lot of anger at the plans, and at the end of August two Conservative MPs joined those trying to convince the government to change its mind.

Peter Aldous and John Stevenson wrote to their leader Boris Johnson to say they were worried about how low-income families would make ends meet if the £20 is removed.

They added that the majority of us on Universal Credit are already in work and told the PM the message from the people they had spoken to was that it was going to cause huge problems.

Among the charities backing the £20 being made permanent is the Joseph Rowntree Foundation (JRF), which called it a “lifeline” and said it feared 500,000 people including 200,000 children could be dragged into poverty.

When it was brought in at the start of the pandemic, the £20 uplift acted as a boost to our struggling economy as it targeted low-income households. This was because they tend to spend a bigger chunk of their cash than people who can afford to save, said JRF.

The charity also says that for people who’ve lost their job, benefits like UC can protect their mental health and make them more likely to get back into the workforce quickly.

Another charity, Christians Against Poverty, said many of us aren’t aware the cut is coming, as we’ve only been receiving UC since the uplift was introduced and so were never paid the lower amount.

And as the uplift wasn’t applied to those on legacy benefits such as Employment and Support Allowance, there’s another group of people who’ve been left to struggle. There’s also pressure to give the £20 to these groups too, to make things fair.

If it happens as planned at the end of September, the cut for many of us will be a huge amount of money to lose.

But budgeting support from Clean Slate (the organisation that runs the Quids In Readers Club) has been shown to boost our wallet by almost as much – £950 a year.

We also have plenty of hints and tips for good budgeting here.