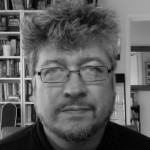 Body coach Joe Wicks has had the most incredible year. Getting married, breaking world records and racking up a cool £5 million quid. Raised on benefits, where did it all go so right?

It’s been an amazing twelve months for Britain’s favourite body coach Joe Wicks. A year ago, in June 2019, he married his glamour model fiancée, Rosie Jones, in a fairytale woodland ceremony. Since then the couple have had a little boy, Marley, joining big sister Indie in their happy family.

“My Mum and Dad never got married when I was growing up and spent my whole life separating and getting back together and I always thought I didn’t believe in marriage,” Joe told The Mirror.

“Now know what it means to want to stick together and to love someone enough to want to marry them. I asked Rosie to marry me and luckily she said yes.”

We all know what happened next… Joe became the first big star of the coronavirus era. In March 2020 he was presented with a Guiness World Record for the most viewers ever to watch a live workout on YouTube – 955,185 – that’s nearly a million people.

Joe proves the kids of unmarried mums surviving on benefits can rock the world. And make millions.

“My mum left school at 15, had my brother at 16, then me at 19, she wasn’t educated, she was always on benefits. My dad was a roofer and he was in and out of my life. I didn’t have a clue about healthy eating. My mum was a kid when she had us, so she didn’t know about nutrition. We’d have pasta and sandwiches every night, and lots of chocolate.”
At school Joe admits he was a bit of a clown. But he loved sport and thought maybe one day he’d become a PE teacher.

After school Joe borrowed £2,000 from his mum and dad, spent it on gym equipment and started running ‘bootcamps’ for weary commuters, handing out home-made flyers himself at his local train station. His business has grown and grown, and now he has a lot of money. Has it changed him?

“Yes and no. I’ve got a nice house, but I’m not extravagant. When you come from a family that’s never had money, you’re more sensible with it. Buying watches and cars isn’t going to make you happy in the long run.”

Under lockdown, Joe met the nation’s need to get moving, even if only in the living room with the chairs pushed back. On the day he had no idea he was setting a world record. He just thought the number of people watching his show was ‘mindblowing’.

Joe has made over £5 million in the last year. His cookery books have sold more than two million copies. He’s transformed thousands of bodies with his 90 Day Plan. And he’s the brains behind ‘Lean In 15’ – the 15-minute recipes Joe posts on Instagram. Not bad for a council estate kid from London.

Joe’s a generous man too. He may have racked up plenty of cash from his super-successful daily workout but he donated “every single penny” to the NHS. As we go to press he has raised £350,000, an amazing amount. Now there are rumours that he is set to be honoured with an OBE. An award like that would be a fitting end to an incredible year.