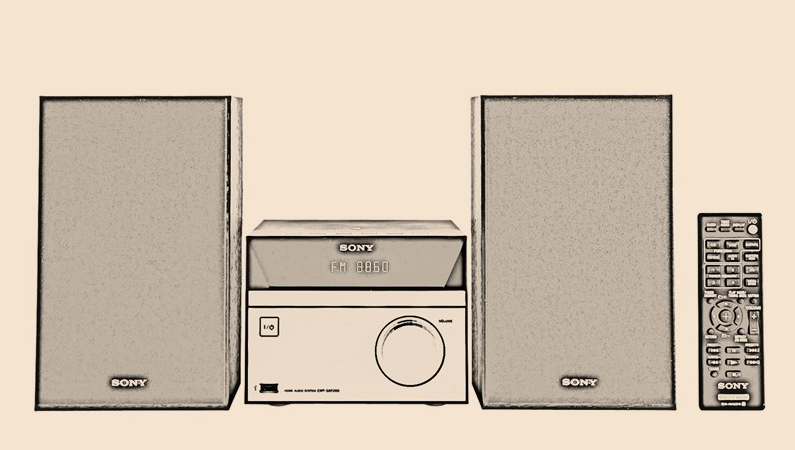 When Leanne Betteridge met up with a friend for a chat and a chance for their children to play together, she had no intention of spending out on a nice piece of kit for the flat. But she was too tempted by the price tags on the home stereos in her local easy-credit store

“When I met up in Bristol with a friend to take the kids for their monthly treat, we thought we’d have a look round the shops together. I hadn’t planned to buy anything but I’d seen Brighthouse advertised on the telly and thought I’d just have a look at what they had. By the time I left, I’d bought a £400 stereo.

PRICE TAG
I just wanted to have a look. There were loads of things on display and the price tags helpfully told you how much you’d pay each week if you bought something.
It was only when I got home that I realised I had signed up to interest on the repayments of 29.9% per year. I had agreed to pay over three years. The stereo was supposed to cost £400. It turned out the stereo would actually cost me over £700.
I also didn’t realise you have to take out insurance if you don’t have normal contents insurance. Like many people on benefits, I can’t afford insurance. With this on top, I am paying almost £5 a week.

GUTTED
The stereo is wicked. I’m someone who loves their music, reggae in particular, and it makes a place a home. But if I’d known how much trouble it was going to be and how much it was going to cost, I wouldn’t have done it. I could have taken out a loan when I recently opened a Credit Union account but at the time I didn’t want anything, so turned it down. To add insult to injury, it turned out my sister had bought exactly the same stereo and she said it had only cost her £300. And there’s me paying £700. I was gutted.

I wish I could take it back, even though it’s not really a luxury, but Brighthouse charge you if you go back on the agreement. They’ll soon come and get it if you miss a payment, but you don’t get any money back.

FEELING THE PINCH
I think this kind of shop targets people who don’t have plenty of money. The shoppers all seem to be people like me, on benefits, with two or three children. To be honest, it doesn’t feel too bad at the moment to be paying out each week but I am very, very good with money. I pay four weeks in advance each month. I can budget that way.
Living on benefits isn’t easy, especially with children, so I budget everything – gas, electricity, water, rent and things I mustn’t run out of, like nappies – and always end up with 20 quid left over in case of emergencies for the children.

I’ve got really good at managing money, like cooking meals that last for two or three days. I know that when I look back at what I paid in the long-term, I’ll feel differently. I have turned my life around recently and I want to buy presents for my children. The £400 I will have spent without meaning to would have gone a long way.

I have also recently moved out of my little flat thanks to a friend who is renting her bigger place to me. Finally I have space to move but there’s no furniture to fill it with and my littlest, who is two, was still in a travel cot. I had to take out an emergency loan which means repayments will be taken out of my benefits payments. It worries me. I am getting my life together but my small income is getting smaller.

We have clear pricing structures in place to ensure customers understand their agreement. We are members of the Plain English campaign and ensure all our materials receive their crystal mark.
At the time the agreement is signed the customer is taken through the contract in detail so that they understand the key terms and conditions.
This includes the total amount payable.
We go to great lengths to ensure that every customer understands the terms of their agreement and the ‘rent to own’ proposition.
If a customer has a query, we encourage them to discuss it with the store manager of their nearest store. There is also a customer help line.
We fully respect and apply all relevant laws in all aspects of the agreement, including the rights to cancel.
If the customer opts to take optional service cover, they benefit from No Quibble Returns and Start Where You Left Off services that help customers with payment problems.
Customers have the right to pay off their account early.
The price charged is calculated by the method required by the consumer credit act.

INSURANCE
When we were moving, we had carefully packed everything into the van but something fell onto the stereo and put a hole in it. Brighthouse told me it should have been in bubble wrap, which is easy to say afterwards. It’s hard to think of everything. I had already spent ages dragging two kids around looking for boxes.

Brighthouse said they needed to see my tenancy agreement. I don’t actually have one because I’m renting from a friend, so they said they won’t repair the stereo even though it is insured. Even if they do agree to do something about it, I’ve been told they won’t replace it as new. What am I insured for? It all seemed wrong. I was even expected to make weekly payments before Brighthouse had got around to delivering the stereo, just because they couldn’t organise a van.

We looked at the Brighthouse website. Goods are priced up with how much customers pay each week and how much the goods cost in total. A Philips Audio System, was advertised at £219.98.
Weekly payments are £2.03 for three years. The total cost, clearly displayed, is £316.68, almost half as much again on top of the cash price. The website says customers may have to take out Damage Liability Cover if they don’t have home contents insurance and it says optional Service Cover costs £1.09 a week. In total, with this cover, payments would total £486.72, well over twice as much as the stereo itself costs. A few quid a week sounds good but there is a difference between affordable and value for money.
Online store Amazon sells the Philips FWM377 Audio System for £155.01 (reduced from £201.05).
Leanne could have applied for a loan from the Bristol Credit Union. Paying £5 a week, a loan of £150 would have been clear in just 33 weeks, not three years. Interest would only have cost £11.83.
If Leanne spread payments over three years, she’d have paid £1.36 per week. Interest would only have been £60.11.
Credit Unions are community-based schemes, not businesses making profits for shareholders, so are affordable and value for money.