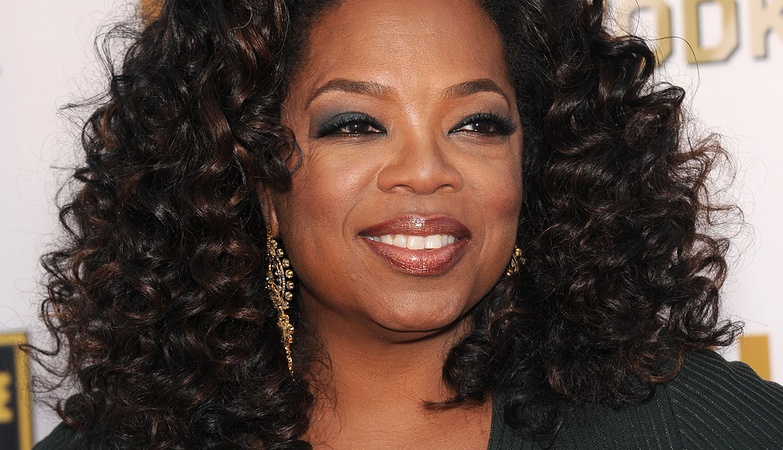 What Would Oprah Do?

In the past couple of months Oprah Winfrey has been at the centre of the big news stories in the US. One minute she was waist high in mud, filming from her own back yard the destruction caused by flash floods that swept through southern California. The next she was speaking out at the Golden Globes about the treatment of women, which launched whispers she might be a future contender for president. She is a global name, famed as a chat show host, as an actor and for her work for charity, but she has her feet firmly on the ground when it comes to money.

“I’ve always had a great relationship with money,” she explains on her website oprah.com, “even when I barely had any to relate to. I never feared not having it and never obsessed about what I had.”

We could be forgiven for shrugging our shoulders and saying: “Easy for her to say, with her millions in the bank,” but she remembers clearly her humble beginnings and what it took for her to come from being born in poverty to a single, teenage mother to becoming the richest African-American woman in the world.

She tells the story of how, at age 15, she was asked to do a little tidying up when she’d been lined up to babysit for “Mrs Ashberry’s rowdy kids”. She put her back into it hoping to earn a little extra for it. When she didn’t, she looked for something else and started work in a convenience store. A few jobs later – some that paid better, some she enjoyed more – and she was on the road to what we know her for now.

“By the time I was 17, I was working in radio, making $100 a week. I would have done it for free. And that’s when I made my peace with money.” She decided to aim for work that she would like so much she would turn up even if they didn’t pay her. “I recognised what I know now for sure: If you can get paid for doing what you love, every paycheck is a bonus.”

It may sound like pie in the sky for anyone not in work right now. Try telling the Job Centre staff we’re holding out for a job we love and see how long it takes to get sanctioned and have benefits stopped. But as a goal at least, Oprah is right, there is no harm in thinking about a job that appeals to what we like doing. That could be talking to people, being outdoors or inputting data into a computer. Wherever we’re at on the jobs ladder, if the next step up is in a role that matches our personality, it’s more than the pay packet that will get us up in the morning.

Oprah is rumoured to be considering the idea of running for president. Whatever people think of Donald Trump, he certainly proved anything is possible. But Oprah is very likely to be asking whether it’s something she really wants. Given how politics works, maybe she could use the influence she already has to get more things done.

For better or worse, Oprah is credited with inventing the kind of TV where people share their most personal stories. She broke barriers that seem crazy now, like inviting gay men and women to appear on her mainstream, prime time show, and she champions causes for less fortunate people and for animals. By 2012, she had donated over $400 million to education programmes and in 2006 paid for 1,065 staff and their families to holiday in Hawaii to celebrate their 20 years hard work on her own television network. After Hurricane Katrina in 2005, Oprah personally donated $10 million to relief and re-housing efforts.

Oprah rejects the idea that someone should value their worth in terms of the money they make. “I still know I am not my income. I am not the lifestyle my income can afford.

“I let money serve its purpose. But I don’t live to serve money.”